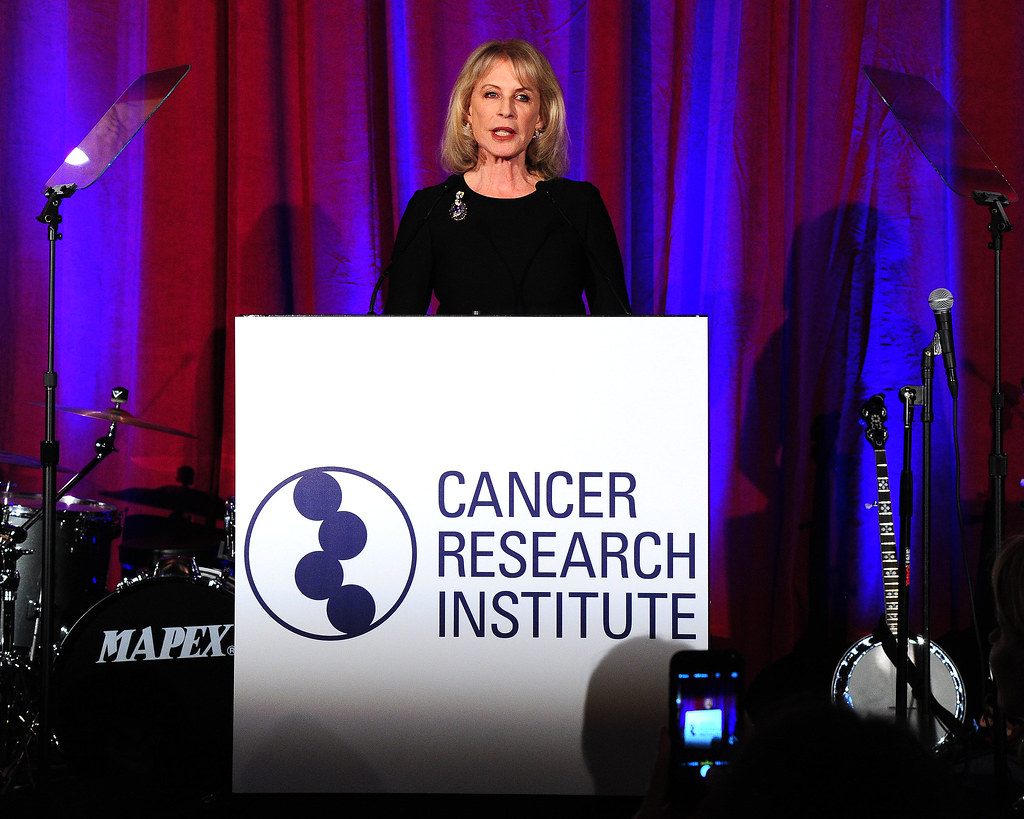 Whoever said science and politics don’t mix wasn’t at the 29th annual awards dinner of the Cancer Research Institute (CRI), held last Thursday night at the Metropolitan Club in Manhattan. Former President Bill Clinton and current governor Andrew Cuomo were invited guests, and each spoke eloquently about the importance of scientific research in an increasingly complex and politically fraught world.

During his presidency, Clinton made investment in science and technology a strong focus. It was on Clinton’s watch, in 2000, that the complete sequence of the human genome was announced as a result of the international collaborative scientific enterprise known as the Human Genome Project (HGP). Clinton said he had studied “all the major approaches” to treating cancer, and had long thought using one’s own immune system to fight cancer made sense.

“I’ve always thought immunotherapy had an enormous potential to create an ongoing engine of opposition to cancers,” Clinton told the 300+ assembled guests, which included a large crop of current CRI Irvington postdoctoral fellows.

Clinton praised the dedication of the scientists in the room, and suggested that the scientific collaboration evidenced among them represented a good model for human interaction more generally, especially in a time of political in-fighting and border wars instigated by groups who focus on our splintering differences rather than our common humanity.

“The future of the modern world is going to be determined, in my opinion, by whether…a working model of creative cooperation prevails over a working model of destructive, often unilateral behavior,” Clinton said.

Cooperation is an area that Clinton knows something about. In his current role as head of the Clinton Global Initiative, he is responsible for raising billions of dollars to, as he put it, “lift the fates of poor people and build adequate healthcare systems.” But it takes more than money to put these systems in place. In his organization’s effort to get all young girls in Rwanda vaccinated against HPV, the virus that causes cervical cancer, for example, it took an immense amount of groundwork from different constituencies all working together.

“You can’t just wake up one day and decide to do that. You’ve got to figure out who is going to do it, how is it going to be done … it required an immense network of creative cooperation.” Clinton tipped his hat to Ken Frazier, chairman and CEO of Merck, the maker of the HPV vaccine Gardasil®, who was present in the audience and is one recipient of this year’s Oliver R. Grace Award for Distinguished Service in Advancing Cancer Research.

Clinton ended his remarks by emphasizing again the broader implications of the scientific enterprise embodied by the young CRI fellows in the room. “You’re not just fighting to cure cancer, you’re also fighting to establish a model of the way we need to behave, work together, and treat each other across all kinds of problems in the 21st century,” Clinton said, adding puckishly, “Don’t feel any pressure!”

Cuomo stressed the important role that government can and should play in this network of cooperation, by supporting and financing explorations in science and medicine.

“Let’s not forget how the Cancer Research Institute got started,” Cuomo pointed out. “It got started through a $2,000 grant from Governor Nelson Rockefeller. That’s right, one of my predecessors.”

Cuomo was referring to the fact that CRI’s founder, Helen Coley Nauts, started the Cancer Research Institute in 1953 with the help of critical seed money from Nelson Rockefeller, who would eventually go on to be governor of New York.

“So I claim inherited gubernatorial credit for the good work of CRI,” Cuomo joked, inspiring a round of applause from the audience.

Underscoring the immensely personal stakes involved in cancer research, the governor shared that fact that his girlfriend, Sandy, was diagnosed with breast cancer earlier this year. Though he applauded the excellent care she received from her doctors, he also noted the at times debilitating emotional anguish that cancer survivors must endure—the never-ending fear that the cancer might come back.

Cuomo’s personal story was a fitting reminder that there is a great and continued need for scientific research of the sort funded and supported by the Cancer Research Institute. And that even as we take a moment to celebrate the progress we have made thanks to the winners of this year’s awards, the work to beat cancer with immunotherapy goes on.

Recipients of the 2015 awards from the Cancer Research Institute:

The William B. Coley Award for Distinguished Research in Tumor Immunology

The William B. Coley Award for Distinguished Research in Basic Immunology

The Frederick W. Alt Award for New Discoveries in Immunology