What I really wanted to do was to raise money for somebody that wasn’t looking to invent a new type of chemotherapy or radiotherapy.

Cancer runs in the family of 52-year-old David Courtenay from Creedmor, NC. Four of his brothers have had cancer, all before 60, and two have died. Given his brothers poor experience on existing cancer treatments, David knew he wanted to raise money for a more promising approach. When he found Cancer Research Institute (CRI), a nonprofit that for over 60 years has led research to unlock the patient’s immune system to fight cancer, a chord struck.

Inspired by his brothers and the movie The Way, David went on a journey to walk the Camino de Santiago—the Way of St. James—an 800km trek in the north of Spain. He set up a fundraising page on the CRI website, and, as of July, he has raised nearly $7,000 toward his goal of $10,000. 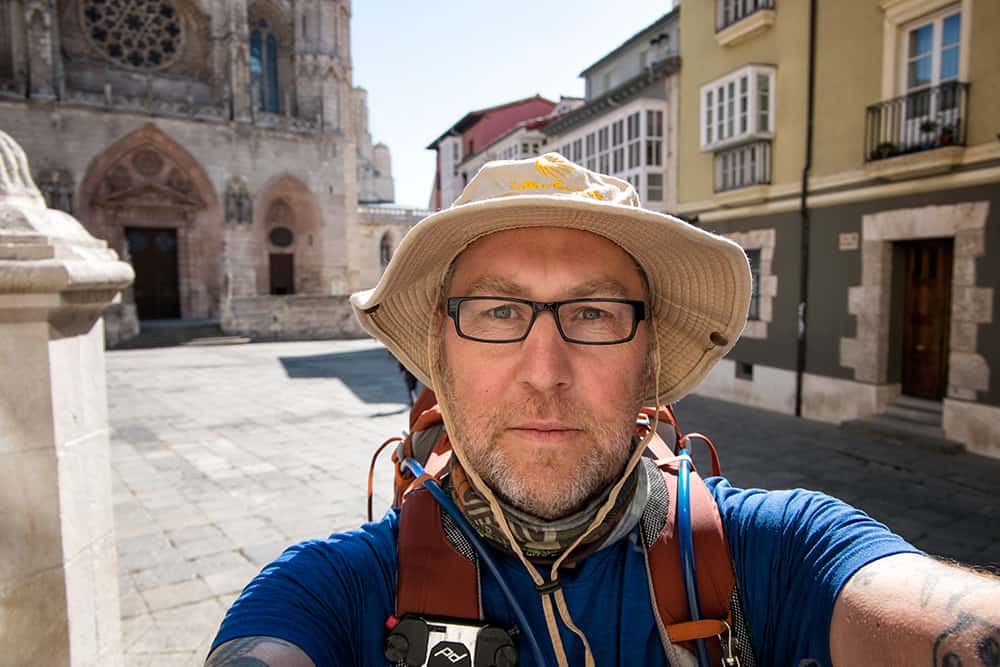 CRI talked to him about his brothers, the trip, and fundraising for a cause.

David: I wanted to raise money because our family had been devastated by different cancers. I have four brothers, and all of my brothers have had cancer. Two have passed away. And my eldest brother a few months ago was diagnosed with a very large brain tumor. What I really wanted to do was to raise money for somebody that wasn’t looking to invent a new type of chemotherapy or radiotherapy. I wanted something that was new and cutting edge. And when I came across the Cancer Research Institute, it struck me that this was the cutting edge type of research we wanted.

What therapies did each of your brothers receive?

David: Two of my brothers had a lot of chemotherapy. One of them died through liver failure because he had so much chemotherapy that it basically fried part of his liver and his liver ended up failing. My other brother had bone cancer. He had a lot of chemotherapy, and his kidneys failed because of the amount of chemo he had. So he actually died through kidney failure caused through the cancer treatment. So I would like to see the chemo side of it changed and, with the Cancer Research Institute’s help, the immunotherapy side of it take over, so they can work on something totally different rather than just blasting the body with a poison, hoping it will kill the cancer.

What made you decide to make this pilgrimage?

David: Martin Sheen did a movie called The Way with Emilio Estevez, and it was actually based on the Camino de Santiago pilgrimage. The Camino means the Way, and Santiago in Spanish is St. James. So it’s the Way to St. James, who was one of the 12 apostles. It was going to originally be 500 miles from the French Pyrenees to Santiago to Compostela in Spain, which is a pilgrimage that’s been done for over 1,000 years.

By doing something like a 500 mile walk, hopefully people would donate to the cause. And it would give me time to myself to consider my lost brothers. In my family they’ve gotten cancer in their early 50s. I’ve just turned 52, so it’s a bit of an eye-opener.

Tell us about St. James.

David: St. James was one of the 12 apostles, and his bones are said to be buried under the cathedral in Santiago. There are steps going under the cathedral alter, and there’s a silver casket where his remains supposedly remain. It’s the third most religious walk in the world after the walk to Jerusalem and Rome.

How did the pilgrimage go?

David: I walked every step, the entire width of the country. Walking through that part of Spain, Northern Spain, you’re actually walking down where Napoleon took his troops across the Pyrenees to fight. I walked on two of the oldest Roman roads left in the world. So lots and lots of history and walking in the footsteps of people like Napoleon and Charlemagne.

I said to my wife, when you undertake something like this, even if only one person donates one penny, you are obliged to do what you said you would do. And failure is not an option. The main hope is that there’s a cure for cancer.

Did you make any friends on the trip?

David: I met people from New Zealand and Australia. And I met people from Canada, Germany, and just about every part of Europe, lots of Koreans and Japanese. Originally it was a Catholic walk. It was a pilgrimage to go to the remains of St. James. But people do it for various reasons. I met an English priest; I walked with him for a day. I’ve become friends with an Australian Catholic nun who I met on my first day, and I saw her arriving to Santiago and various times in between. So you do meet people every day. I think the oldest person I met was about 75. And the youngest person I think was 24.

What were some highlights?

David: The Spanish have fantastic bakeries, so lots of cake. And we had lots of beer and wine because every meal comes with free wine. So it’s good for your body and your soul. Your mind—it gives you a lot of time to think, sort your head out, and your body’s sorting itself out while you’re walking. So it’s a great trip.

What did people on the pilgrimage say about your trip?

David: I met quite a few people on the walk who are cancer survivors or who lost friends and family through cancer. And many people just came up to me and shook my hand and said, “Good for you that you’re walking to raise funds for cancer because my dad died, my mom died,” or they know somebody who died.

What do you hope for the future of cancer immunotherapy?

David: Everybody knows somebody who’s been affected by cancer. So everybody knows the damage that cancer will do. And, obviously, the main hope is that there’s a cure for cancer. Cancer is a big subject. The main goal is to find a cure because I’ve watched my brothers die and it’s not a nice death.

Anything you want to add?

David: I have a blog, The Way-My Way, and we’ve got our own website, where people can donate money directly to the Cancer Research Institute. If everybody just even donated a dollar it would make a huge difference. Every little bit will help.