In 2011, Yervoy® (ipilimumab, anti-CTLA-4) became the first FDA-approved checkpoint immunotherapy, after a pivotal phase III clinical trial showed that it increased survival in patients with advanced melanoma. Three years later, Opdivo® (nivolumab, anti-PD-1) was approved for melanoma patients and, a year later, for lung cancer patients before going on to gain approval in several other cancer types.

Since then, doctors have sought to better understand how these checkpoint immunotherapies influence tumor-immune interactions and long-term survival in melanoma and lung cancer patients, and several significant findings from clinical trials were revealed this week at AACR17. 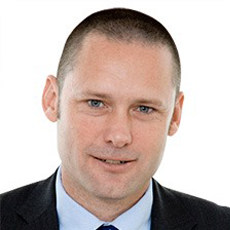 In this study, patients with advanced melanoma were treated with ipilimumab alone, nivolumab alone, or the combination of ipilimumab and nivolumab, and two-year overall survival rates were found to be 45 percent, 59 percent and 65 percent, respectively, for the three treatment arms. The median duration of response was 18.2 months for patients treated with ipilimumab and 31.1 months for those treated with nivolumab. The median duration of response was not reached for those treated with the combination of both therapies, meaning that more than half of these patients have maintained durable responses at the time of data readout.

The doctors also determined that the combination of the two checkpoint inhibitors—which is now FDA-approved for this patient population—decreased the relative risk of death by 12 percent compared with those who received only nivolumab. Unfortunately, the combination was also associated with an increased frequency of adverse effects, although the most common side effects were generally manageable. Next up were the results from the phase I CheckMate 038 trial, which also involved Wolchok along with fellow CRI Scientific Advisory Council member Craig L. Slingluff Jr., MD, (pictured left) of the University of Virginia Health System, with results presented by UCLA’s Antoni Ribas, MD, PhD, a co-leader of the SU2C-CRI Cancer Immunology Translational Research Dream Team. In this trial, patients with advanced melanoma were also treated with nivolumab or a combination of nivolumab and ipilimumab.

An important aspect of this trial was that doctors assessed biomarkers in these patients to determine how the various treatments affected their tumors and immune cells. Patients treated with nivolumab alone or the combination of nivolumab and ipilimumab showed increased expression of PD-L1 in tumors and increased expression of certain molecules called chemokines that attract immune cells in their tumors, with the effects being most pronounced in combination-treated patients who responded. Both approaches also increased the amount of killer T cells in tumors, while levels of circulating pro-tumor cells called MDSCs (myeloid-derived suppressor cells) decreased in patients treated with the combination, as well as those who responded to nivolumab. As part of the same trial, a group that included Dr. Slingluff and Thomas Gajewski, MD, PhD, (pictured left) of the University of Chicago, delved even more into how nivolumab affected anti-tumor immune responses. Their study, which involved advanced non-small cell lung cancer (NSCLC) patients treated with nivolumab, found that this anti-PD-1 immunotherapy led to a five-year survival rate of 16 percent. Clearly, there is room for improvement, but this was very much positive news given that the historical five-year survival rate for these patients is 4.9 percent (and about one percent for those with metastatic disease). Of the 16 patients who survived at least five years, twelve have maintained their initial responses without receiving any further treatment, highlighting the ability of nivolumab to provide long-term, durable responses to patients with one of the most deadly cancers.

There was a lot more immunology discussed during #AACR17, and we’ll continue to share more updates in the days ahead.