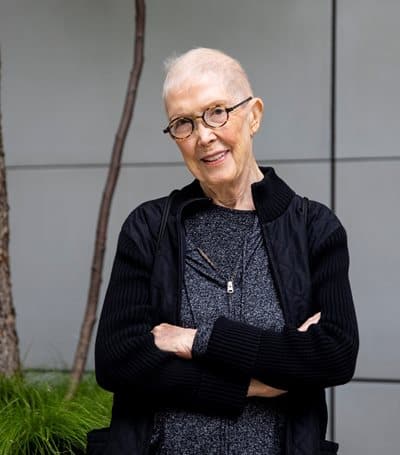 I braced myself for the worst, and was surprised when I got the best.

She received two infusions of nivolumab alone in April, and within the month, her tumor shrank significantly. Dorothy continued the nivolumab alongside radiation and chemotherapy. Dorothy’s sister and nephew helped to support her throughout treatment, and her daughter traveled from upstate New York when her combined modality treatment began affecting her appetite. In August, a biopsy revealed that Dorothy was cancer-free.

Dorothy has been able to return to her normal life, enjoying her long walks around New York City, spending time with family and friends, and completing her novel Dance Till You Drop: a George Balanchine mystery.

On September 7, 2019, Dorothy participated as speaker at the CRI Immunotherapy Patient Summit in New York City.