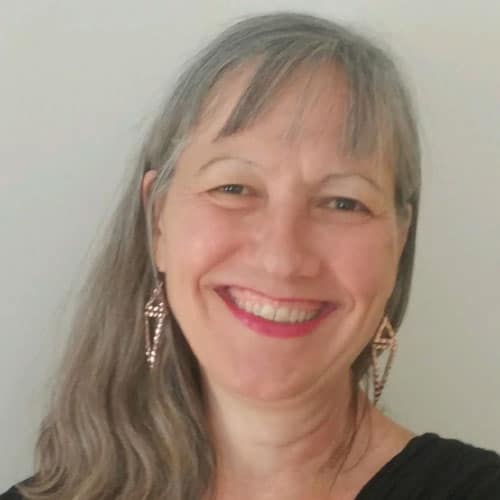 I like using the words 'living and dancing through cancer.'

Tara was diagnosed with melanoma in 2015. Within a year of her diagnosis, the cancer progressed to stage 3, spreading to her neck, and shortly thereafter to stage 4, spreading to her brain. She was told she had a 25 percent chance of survival and five years to live.

Through her journey, she had 13 tumors in her neck and brain. She endured four surgeries in the first two years (including one brain surgery), each requiring long periods of recovery, and then a fifth surgery a year later. At one point Tara had four consecutive seizures so severe, her family was told she may not make it. She went into a coma for 24 hours.

At the onset of Tara’s brain tumors, the immunotherapy pembrolizumab (Keytruda®) received FDA approval for advanced melanoma. Tara was one of the early recipients of the newly approved drug. Her tumors responded to treatment and began to shrink after four months of treatment.

In 2019, for the first time, scans showed no tumors in Tara’s neck or brain, and no new occurrences. Tara has now been seizure-free for almost three years. She received pembrolizumab infusions for 36 months. She experienced fatigue, but no other side effects and acclimated to the immunotherapy as her treatments continued. She was stage 4 for three years, and is now tumor-free.

Tara has come away from her experience with a tremendous desire to give hope to other patients and help them advocate for themselves, as well as a renewed passion for dancing, writing, and contributing to her community in Kingston, NY and beyond. She founded The Integrative Complementary Cancer Support Group at the Reuner Oncology Cancer Support House in Kingston, NY, where she and the director of the center co-facilitate the group together. She is a Cancer Hope Coach and is writing a book on skills for coping through stage 4.

My hairdresser found a tumor on the top of my head in March 2015. It wasn’t raised. I couldn’t feel it with my hand and I didn’t have any symptoms. She took a photo so I could see it. Looking at the photo, I thought I had a tick on my head. It appeared as a reddish brown bullseye the size of a half dollar with a small black center. Lyme disease is very prevalent in our area. I had experienced a tick embedded in my leg once and I had gone through Lyme disease in the past. It was a Friday night. I was in Friday night mode and very nonchalant about it. Thankfully, she highly stressed that I see a doctor immediately. Fortunately, I did.

I first read about the amazing miracles of pioneering immunotherapies in a magazine article. I thought it fascinating and never imagined I would need it in future. When I became a cancer patient, I had cancer for 18 months before a treatment other than surgery was available to me. Each time I had surgery, tumors grew in a different part of my body. When the cancer metastasized to my brain, I became eligible for Keytruda®. I was nervous, but I was so excited because a new treatment option was now available to me. It felt like a miracle and gave me great hope. There were no other options and I wanted to live.

For the first several months during the half hour of my actual infusion, I went from speaking normally with my nurses to barely being able to speak words. It drained me so much. But I did drive myself to treatments. I only lived a few miles away from our infusion center. After treatment, I drank a cup of coffee and regrouped until I could drive home.

After several months of treatment, I realized that when I had a cup of coffee and some protein immediately before treatment, my body dealt with it better. As time moved on my body acclimated to Keytruda®. It made me a little tired overall, but other than that I didn’t have any other side effects. I believe strongly that I tolerated it well because I took great care of my body on a daily basis. I ate very healthy—lots of fruits and vegetables daily. I also exercised regularly and slept well.

I had five surgeries in total during my cancer journey, four of which were in the first two years. Healing from each surgery was very extensive. My first four surgeries were massive, including brain surgery then eight months of seizures. During one surgery (seven hours) six tumors were removed from inside my neck. I was cut from the base of my skull in the back of my head all the way to the front of my neck. Every muscle on that side of my neck was severed, then rejoined. My surgeon removed six tumors, a lot of lymph nodes, lots of nerves, and the artery connected to the carotid artery from the left side. I had no feeling from the top of my head to my breast for six months and barely any use of my left arm. We had no idea what would return if anything. Physical therapy was extensive, difficult, and very emotional.

It’s so easy for me to say that immunotherapy was the easiest part of my journey—piece of cake!

I’ve done a lot of volunteer work in my adulthood, and I’m a social tango dancer. I never imagined I’d experience anything like what I went through.

Immunotherapy patients don’t lose their hair. Some people in my life didn’t take my cancer seriously because I didn’t look like a cancer patient. That’s when I came up with, «What does a cancer patient look like?» That was emotionally painful. Sometimes people said odd things. It took me time to realize they needed to say something, but didn’t know what to say.

I was blown away by the people who did show up for me. I’ll be forever grateful to them. I received more love than I’ve ever received in my life! My son and his girlfriend were only 20 when I was diagnosed. They showed up, grew up, and took me on. My son went from being my child to my savior and my rock. I will always be in awe of them. It brought us so much closer together.

I didn’t realize a cancer patient could have more than one oncologist. I now have a team of three: a local oncologist, an oncologist who specializes in melanoma research, and a neuro-oncologist. My entire medical team works together under the guidance of my melanoma oncology specialist.

I’m very clear that immunotherapy saved my life. There weren’t any other options for me. I feel that you’re really fortunate if you’re eligible for immunotherapy. Many people wish they are.

Get to the best oncologist that you can ASAP. Get to the nearest research hospital where you will receive the most current testing and clinical trial options. I participated in three different trials before I was able to receive Keytruda® as standard of care. These trials helped me and others in the future.

This is your life and your body. Be your own advocate. Use a designated notebook for your appointments. Ask a lot of questions. Take the information you’re given by your doctors and do more research. Personally, I earned my doctors respect by reading all of the materials I was given and by doing additional research. This helped us have very educated conversations and opened up possibilities for me. I’m living, thriving proof!

I like using the words «living and dancing through cancer.»

I have two quotes that I love:

These help keep me going. I listen to my instincts. During my worst times I take one day at a time. Sometimes one moment at a time. I had these hanging on my bathroom wall so I could be reminded many times per day.