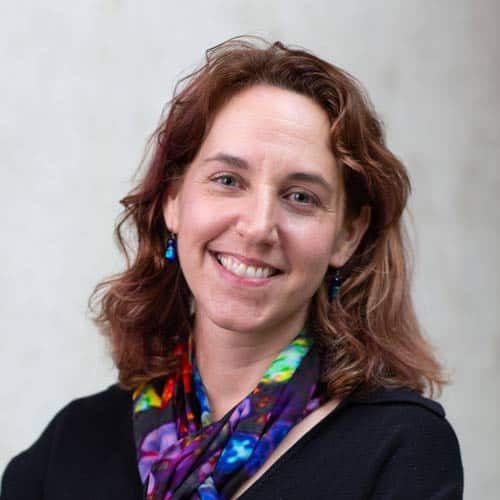 Susan M. Kaech, PhD, is a Professor, Director of the NOMIS Center for Immunobiology and Microbial Pathogenesis, and holder of the NOMIS Chair at the Salk Institute for Biological Studies.

Previously, Dr. Kaech was a Waldemar Von Zedtwitz Professor at Yale University in the Department of Immunobiology (2004–2018). She did her postdoctoral work with Dr. Rafi Ahmed at Emory University (1999–2004) and received her PhD in Developmental Biology at Stanford University. She received her B.S. in Cellular and Molecular Biology at the University of Washington.

Dr. Kaech aims to understand how memory T cells are produced during infection and vaccination, how they function, and why in some particular cases, they fail to induce long-term immunity. Her lab has been a leader in using genetic and molecular tools to identify the genes and signaling molecules involved in generating two specific types of memory T cells, CD4 and CD8, from precursor cells during both acute and chronic viral infections. She and her team discovered more than half a dozen important regulatory genes, as well as several types of key molecules called cytokines, which influence memory T cell development.

Dr. Kaech is also interested in how T cells are metabolically regulated, and how their differentiation and function can be altered by nutrient availability during infection and in tumors. In particular, she seeks to learn how T cell behavior is suppressed by tumors, in order to create better therapies for cancer using the body’s own immune system—an innovative and rapidly moving field called cancer immunotherapy.

Dr. Kaech has been the recipient of numerous awards, including the Damon Runyon–Walter Winchell Cancer Research Fellowship (1999), the Burroughs Wellcome Fund Career Award in the Biomedical Sciences (2003), the Presidential Early Career Award for Scientists and Engineers (PECASE) (2007), and the Howard Hughes Medical Institute Early Career Scientist (2009).