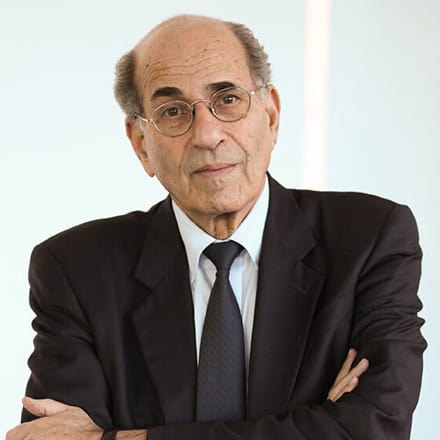 This early work on recombinant DNA was a period of enormous excitement, for it led to a revolution in both thinking and technology in biology. It provided a new tool for the study of fundamental problems and spurred a new and valuable industry, biotechnology.

Richard Axel, MD, is a professor at Columbia University and an investigator of the Howard Hughes Medical Institute.

Dr. Axel has spent most of his career characterizing how different animals, including mice and flies, smell things. Among many other recognitions, his work in this area earned him the 2004 Nobel Prize in Physiology or Medicine. His work helped usher in the field of genetic engineering, which revolutionized the biotechnology industry and laid the groundwork for some of today’s promising immunotherapies, such as T-Vec and CAR T cells. He also discovered a link between the HIV virus and the CD4 receptor on T cells. Dr. Axel has been a member of CRI’s Scientific Advisory Council since 1986.